As I’ve mentioned in a previous post, there is a growing number of films aimed at the silver economy. The Best Exotic Marigold Hotel is a great example, especially as it’s such an upbeat and original movie.

In England, as in many Western cultures, older people are seen more as a burden rather than an asset. The main characters in this movie prove just that. Evelyn (Dame Judi Dench) has to deal with her dead husband’s debts of which she knew nothing about, and her son is treating her like a child; the Ainsleys (Bill Nighy and Penelope Wilton) have no choice but to embrace a poorer retirement as they invested all of their savings in their daughter’s Internet company; Muriel is an angry, racist and bigoted woman who needs an urgent hip transplant; Graham Dashwood is a High Court Judge desperate for a peaceful end to his life; and Norman (Ronald Pickup) and Madge (Celia Imrie) are two singles who refuse to stay that way into old age. 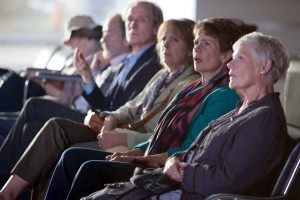 Sick of being a burden to their families, being condescended to or ignored by society, this unlikely group of people finds itself united as they all book a trip to India where they will stay at the newly opened Best Exotic Marigold Hotel, a sort of retirement community with a twist. Or a lot of twists. While the brochure promised a fully functioning establishment, the truth upon arrival is slightly different. 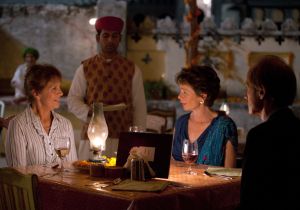 The hotel is being managed by young Sonny (Dev Patel), but managing isn’t really his thing. A great idealist and dreamer, he wishes to restore the hotel to its former glory to remember his father, and his ideas are often great, he just can’t get them right. As he struggles to keep the guests happy, he also has to deal with his own mother who disapproves of everything he does, especially his girlfriend Sunaina (Tina Desai). 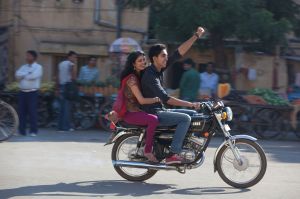 Slowly, everyone falls into a certain routine, visiting this new place they’d never seen before, making new friends, reuniting with old ones, and generally trying to embrace a new path in life. But as always, things aren’t all they seem… 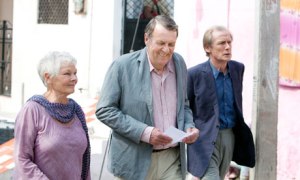 The movie did so well that a second instalment is due out next week (watch this space!), this time with one hot GILF (Richard Gere :D) joining the cast.

If you’ve ever read a Maeve Binchy novel, this type of story will seem fairly familiar to you. Lots of people from different places and with different backgrounds are united in one place and figure life out together with good and bad consequences.

A definite feel-good film, this movie will not only make you rethink your own life’s path, but also the way you see others around you.