You know me, I’m a bit of a nerd. So obviously, I was going to go see the latest Captain America the day it came out. With fellow nerds. In appropriate attire (that’s Captain America and Iron Man T-shirts, duh). The film was obviously massively hyped, heralded “the best Avengers movie yet”, but I tried to stay neutral. Many films that have been trashed by the news have been personal favourites of mine, and most of those that won something or that have been called “the new [something]” I’ve hated. 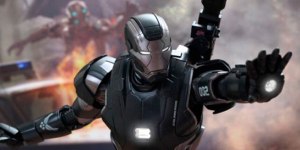 Anyway, moving on to the plot. After Age Of Ultron, the Avengers have partially disintegrated, and new additions have come to stay. Thor and Bruce Banner are MIA, Iron Man (Robert Downey Jr) is taking a break, but Scarlet Witch (Elisabeth Olsen) and Vision (Paul Bettany) are here to stay and have joined Captain America (Chris Evans), Black Widow (Scarlett Johansson), Falcon (Anthony Mackie) and War Machine (Don Cheadle). 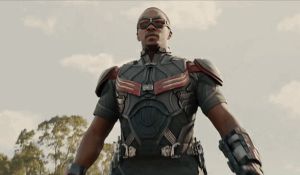 On a mission in Nigeria, the new Avengers run into Crossbones, a long time enemy of Cap. As they successfully manage to thwart his plan, he distracts Cap with news of Bucky (Sebastian Stan) and manages to blow himself up. Scarlet Witch is barely able to contain the blast, and unfortunately people get hurt. This, added to the ever growing list of mishaps by the Avengers, prompts the government to ratify the Sokovia Accords, making them a taskforce for the United Nations, rather than an independent body. 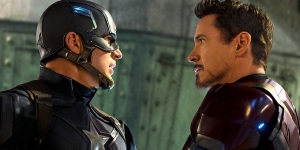 They’re all given a choice: either sign and work for the greater good, or don’t sign and retire. Stark, realising he’s responsible for much hurt and damage, is all for signing the Accords and his friends Vision and War Machine are with him. Steve has seen enough governments rise and fall and refuses to be their puppet, so with Scarlet Witch and Falcon he opposes the agreement. Natasha finds herself stuck in the middle, torn between her friendship with Steve and her experiences with Hulk the damage he can cause. 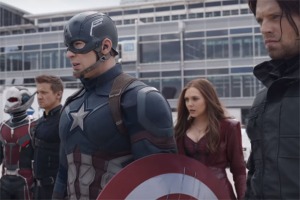 Suddenly divided, the Avengers must face each other for the first time. When an explosion kills many UN officials on the day of the Sokovia Accords’ signing, a familiar face quickly emerged as a suspect: Bucky. Already on opposite sides, the rift between former friends and allies just seems to grow. Steve believes that Bucky can be helped, and will do anything to save his old friend, even if this includes becoming a criminal himself. Stark on the other hand wants Bucky brought to justice fro his crimes, not believing one second that he’s innocent. 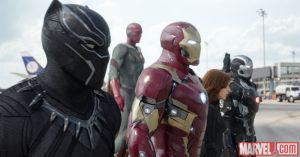 Will the Avengers ever be the same again? Can they try and see the other side’s point of view? Or will they forever part ways, fighting each other rather than uniting for the greater good? 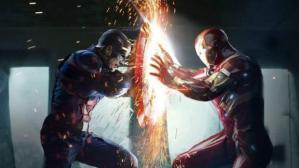 What I liked best about this film, is that it neatly tied up all the Marvel franchises: characters from Iron Man, Captain America, Avengers and the (new) series of Ant Man and Spider Man (I know, I know, NOT AGAIN) all met here and neatly meshed. The latter two essentially provided comic relief when needed, and though I’m not keen on yet ANOTHER Spider Man, he did ok. I just wish we’d seen more of Paul Rudd though. 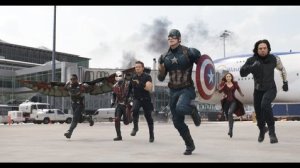 The movie definitely had us in the edge of our seats, gasping and laughing, reaching out for each other and clasping hands to live through the tough times. I’m not sure I’d call it “the best”, but it was totally worth seeing and if you’re even just a hint of a Marvel fan, you can’t NOT go. 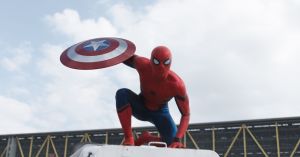 What are you still doing here? Get up and go! NOW!