Every now and then, a movie comes along that will change you a little bit as you watch it. A movie that will make its way into your heart faster than you can say its name.

Pride is most definitely one of them. From the moment it begins, the comedy-drama draws you in, ready to make you feel things you didn’t even know you could. And it’s based on a true story, which I always find to be just that little bit more powerful.

Summer 1984. Pit closures in the UK have sent the miners on strike. Joe (George MacKay) from Bromley is sneaking out to go to Gay Pride. Trying to lay low, he accidentally gets sucked into a colourful group of friends: angry-with-the-world activist Mark (Ben Schnetzer), flamboyant Jonathan (Dominic West) and his Welsh book-loving boyfriend Gethin (Andrew Scott) as well as lesbian Steph (Faye Marsay). Noticing that the Police are focusing their efforts elsewhere for a change, Mark suggests starting to collect for the miners. 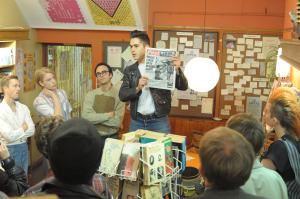 Unfortunately, upon hearing that the funds come from the LGSM (Lesbians and Gays Support the Miners), towns are refusing their help. All but one, Onllwyn in the Dulais valley. Dai (Paddy Considine) comes to London to thank the group, and invites them to Wales for a visit. But while the money is welcome, its origin is not to the liking of everyone in Onllwyn.

Will LGSM manage to win the Welsh town over, or are their efforts all for nothing? 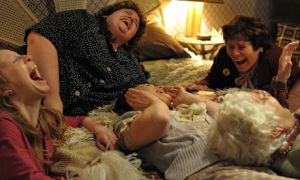 With outstanding performances by up and coming actors as well as oldies but goldies like Imelda Staunton and Bill Nighy. Supported by a killer soundtrack which will make you shake your booty in your seats, Pride is a must-see movie for everyone! 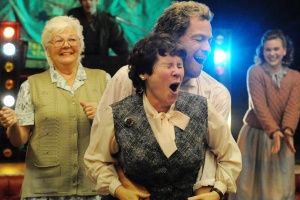