I love romantic comedies. All kinds. And I love Simon Pegg. So really, Man Up was a match made in heaven. The best part about it? The actors look, you know, “normal”. Like that girl you see on the Tube every day. Or that guy who works downstairs in your IT department. Truly, this movie is 100% “you and me” type people. And I’ve waited for that a long time. Because the “fake ugly girl who gets turned into a hottie” scenario’s been (over)done.

Anyhoo, back to the plot: Nancy (Lake Bell) is a bit adrift. Badly hurt by an ex-boyfriend, she has trouble putting herself out there, even though her older sister Elaine (Sharon Horgan) is constantly forcing her to. On her way to her parents’ 40th wedding anniversary, she meets perky Jessica (Ophelia Lovibond) on the train. Jessica is a total fan of the best-selling book 6 Million People which apparently changed her life. But Nancy has no time for nonsense and brushes Jessica off.

Waking up in London Waterloo, Nancy realises Jessica has left her the book, even though she apparently needed it for a blind date. As Nancy runs after her, she gets accosted by Jack (Simon Pegg), Jessica’s date. Wondering how on Earth to get out of this, yet intrigued by this cheerful guy, Nancy decides to pretend to be Jessica in order to put herself out there. 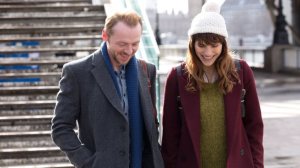 The two embark on a date full of surprises and chance encounters. As they realise how much they have in common, Nancy finds herself entrapped by her own lies and tries to figure things out…

This movie was truly full of laughing out loud moments. It feels so unbelievably real and leaves you wondering whether you should maybe linger around the clock at Waterloo, hoping for someone to mistake you for their date. Though I can’t guarantee they’ll all be as adorable as Simon Pegg. Personally, I’d date him in a flash. Funny, cute, smart and geeky? CHECK. 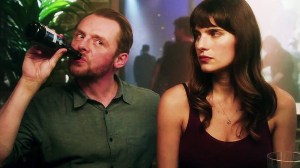 Lake Bell will surprise you with her British accent, which is so realistic even the film crew fell for it (Pegg told the story on The Graham Norton Show). She’s the kind of girl you can identify with: a bit shy, a bit insecure, a bit hurt. Paired with a supporting cast that is sufficiently crazy to make you reconsider your own friends and family, this is a great date movie if ever I saw one. 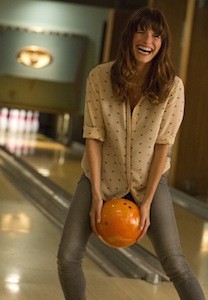 One thought on “Man Up”