When I first came to England, I quickly discovered three chick-lit novelists I would love from the start: Alexandra Potter, Sophie Kinsella and Jane Costello.

I own every single book (except for Kinsella’s novels written as Madeleine Wickham), I constantly recommend them to anyone who’ll listen and I was lucky enough to interview both Potter and Costello.

Now as it happens, all three released books quite recently, so of course I bought all three and have just finished reading the last one. Here’s a little recap and consider this whole article a massive “go and buy yourself one of their novels!” advert. 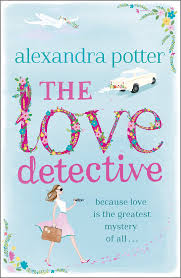 Ruby Miller is having writer’s block. And it’s all down to her lying fiancé who cheated on her. So no, she can’t write that romance novel. Convinced she just needs a change of scenery, she decides to join her sister in India. But with a stolen bag, a sister ready to marry her Yoga instructor and a handsome stranger always in her way, Ruby can’t seem to find inspiration much either. So what will it take for her to believe in love again?

Compared to her other novels, I have to say I didn’t adhere to this one so much. Maybe it’s the character (she’s a bit boring I have to admit), or the whole crazy sister thing. It’s a fun read nonetheless, but I much prefer her books where there’s a little aspect of magic/a form of science fiction. To start, I’d go for Me And Mr Darcy, What’s New Pussycat, Be Careful What You Wish For, Who’s That Girl and Don’t You Forget About Me.

Jane Costello, The Time Of Our Lives

Imogen, Nicola and Meredith have spent years tumbling from one disastrous holiday to the other. When Meredith wins a VIP holiday to Barcelona and asks her friends along, they’re all looking forward to their best vacation yet. But between her daughter left back home, her crazy mother, a sudden scandal at work and bad luck, Imogen barely has time to enjoy what Barcelona has to offer, including a mysterious yet loveable .

Now this one was really great. I loved Harry as a male lead, and I thought it was interesting to show a more modern woman with Imogen: single mother, working even though she’s supposedly away, with friends who don’t have the most conventional of relationships themselves… Lots of moments that had me grinning stupidly on the commute to work, and I couldn’t put it down for 3 days.

If you’re interested in her other books, try Bridesmaids, The Nearly-Weds, My Single Friend and All The Single Ladies

Fliss is facing a disaster. Her sister Lottie has just dumped long-term boyfriend Richard because he didn’t propose, and instead has run-off and married first love Ben after a two-week engagement! Fliss, just going through a divorce that is driving her insane and is most definitely affecting her sanity, as well as that of her son Noah, makes a flash decision: she will stop this wedding no matter what and bring Lottie back to reason. But between Ben’s best man Lorcan, Lottie’s ex-Richard and her plans to keep the happy couple from, well, coupling, Fliss will find herself in the most awkward position…

Also a great one. It’s written from both Lottie’s and Fliss’ perspectives so you get both sides of the story. Both women have really cool careers (yay! we stray from the boring!) and their similar upbringing yet different lives gives us two striking characters you wish you knew in real life. Kinsella is most famous for her Shopaholic series, of which the first book was made into film, but I also loved The Undomestic Goddess, I’ve Got Your Number, Can You Keep A Secret and Remember Me.

All three books have similar characters, character relations and themes. It appears this year all editors and publishers got together and said: “Right, we want sisters/best friends, single mothers, pricky ex-boyfriends or husbands, exotic locations, new and unexpected lovers and lots of new technology (think Facebook, texts, constant calls on mobiles)”

Well as long as it works!

P.S. I also really love Paige Toon, and her new book is out in a couple of weeks…