Well once I did the first part, I realised there’s an awful lot of movies I own that no one’s ever heard of. Many, and that’s a fair point, because they were made before we were born, or before people started caring for movies. Others simply because they came out and somehow disappeared behind the mahoosive blockbusters. So here’s to dragging them all out of the dark… (As with part 1, the title links to the trailer.) 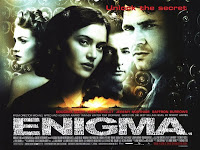 Based on the best seller by Robert Harris, Enigma follows brilliant yet troubled mathematician and code breaker Thomas Jericho (Dougray Scott) as he desperately tries to solve the mystery surrounding his ex-girlfriend Claire (Saffron Burrows), on top of trying to break the elusive Enigma code designed by the Nazis. With the help of mousy yet brilliant Hester Wallace (Kate Winslet), Thomas will have to discern friend from foe. 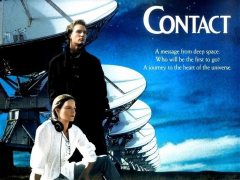 This 90s sci-fi gem is so unknown, and I just don’t know why. Dr. Eleanor Arroway (Jodie Foster) has been looking for life in space for decades. After years of fighting for funding and respect for her work, Ellie’s prayers appear to be answered when she receives an extra-terrestrial message apparently originating from Vega. Once the message is proven to be real, government and military try to snatch Ellie’s work away, leaving only a few to believe in her, among them the handsome Palmer Ross (Matthew McConaughey). 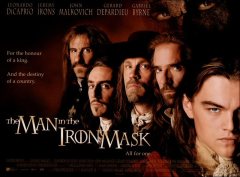 The Man In The Iron Mask

This spin-off of Alexandre Dumas’ Three Musketeers focuses on the myth surrounding a prisoner of the Bastille, the man in the Iron Mask. Sick with the way their new king Louis XIV (Leonardo Dicaprio) is leading the country, the four musketeers Aramis (Jeremy Irons), Porthos (Gérard Depardieu), Athos (John Malkovich) and D’Artagnan (Gabriel Byrne) design a plan to release the famous prisoner who is said to resemble the prince. But trying to teach young Philippe to be a king is not as easy as it seems, and with the court awash in intrigue and scandal, the plan is risking to change the face of France forever… 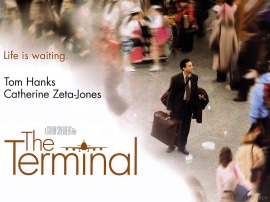 This is one of Tom Hanks’ masterpiece performances. We know the man can play a romantic hero (think anything with Meg Ryan in it), an everyday hero (Forrest Gump) and a lost hero (Castaway), but now we see him play an odd hero. Viktor Navorski is a simple man from Eastern Europe, trying to get to New York to fulfil his late father’s dream. Unfortunately for Viktor, civil war broke out while he was flying, and once in JFK, Viktor finds that he cannot leave the airport to enter the Unites States, nor can he be deported. Forced to live in the terminal, Viktor makes friends and changes lives like no one ever thought he would.

Based on the book by the above named, the movie follows high school English teacher Erin Gruwell (Hilary Swank) as she starts a new job only to discover that while the kids don’t want to learn, the school also doesn’t want to help. In a bid to increase her students’ literacy and desire to better themselves, she encourages them to write diaries about their lives, just like Anne Frank did. A moving story about those who nobody ever listens to because they thought they had nothing to say. 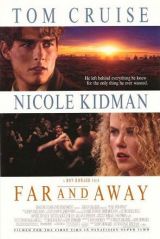 Except for the horrible Irish accents, this movie is quite an epic one. The time is the late 1890s. Young Joseph Donnelly (Tom Cruise) runs into a bit of trouble and decides to run off to America. Landowner’s daughter Shannon Christie (Nicole Kidman) flees with him in order to escape a life all planned-out for her. They want to win land that is being given away in Oklahoma, but the way there is long and hard and the unlikely partnership may shatter at any moment.

Return to Camelot and meet Lancelot (Richard Gere), Guinevere (Julia Ormond) and James Bond- I’m sorry, King Arthur (Sean Connery) in this retelling of the classic story. When Guinevere is kidnapped by Prince Malagant on the way to her wedding, Lancelot saves her. The tension between them is palpable, but Guinevere refuses to acknowledge it and Lancelot ends up joining the Knights of the Round Table in a bid to win her heart. Epic battle scenes and great acting. 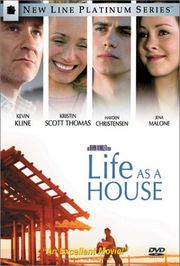 Life As A House

This one’s a tear jerker. George Monroe (Kevin Kline) is divorced, recently fired and diagnosed with terminal cancer. Moved to live the last few months of his life to the fullest, he decides to rebuild an old shack into a sea front house with the help of his troubled son Sam (Hayden Christensen). As things improve, ex-wife Robin (Kristin Scott Thomas) senses that something isn’t quite right… 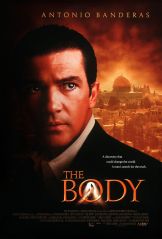 This movie follows archaeologist Sharon Golban (Olivia Williams) as she discovers what could possibly be the bones of Jesus Christ in an ancient tomb in Jerusalem. While trying to solve the mystery surrounding the body, Sharon finds herself in a war between those who believe, and those who would do anything to protect their belief. Father Guiterrez (Antonio Banderas) is pulled between his faith and the truth possibly lying underneath his feet.

This is one for people interested in deafness and sign language as well as teaching music. Glenn Holland (Richard Dreyfus) wants to compose, but to pay the bills and support his wife he takes a job as a music teacher in a high school until he’s saved enough. But as life goes on and they have a child, Mr. Holland finds that he cannot leave his job, especially when it turns out his son is deaf and can never hear the music his father wants to share.

Children Of A Lesser God

The go-to movie about deafness and relationships between Hearing and Deaf. James Leeds (William Hurt) is a renowned speech teacher who starts a new job in a school for the Deaf. Intent on helping those who need it the most, he insists on helping Sarah Norman (Marlee Matlin), a former student who decided to stay on and work in the sheltered world she knows. The pair do nothing but fight, but eventually their feelings turn into something more, bringing with them questions about what it is to be Hearing, Deaf, and together.

Classic Tommy Lee Jones. Mike Roark works for the city, and the day an earthquake erupts in downtown L.A., he takes charge of sorting out problems. But the quake has released a mysterious underground volcano, and no one but Dr. Amy Barnes (Anne Heche) believes it to be true. Together they must find a way to save L.A. and those they hold mist dear… 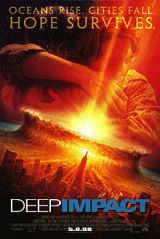 An overzealous journalist (Tea Leoni) accidentally stumbles upon a covert operation by the US and Russian governments to destroy a meteor heading straight for Earth. The meteor, discovered by high school student Leo Biederman (Elijah Woods) is set to destroy our planet, which is why parts of the population are being chosen to survive in purpose-built caves. But who gets to live, and who’s left to die? 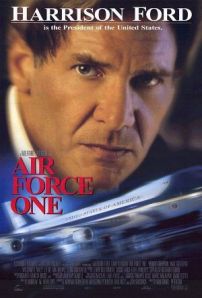 Ok, some people may say that this isn’t quite unknown, but countless people I know haven’t seen it, so there. President James Marshall (Harrison Ford) is set to return to the US after a trip to Russia with his family. A group of terrorists lead by Ivan Korshunov (Gary Oldman) boards Air Force One pretending to be journalists and with the help of an insider managed to seize control of the plane and demand the government release their leader. But James Marshall is an ex-soldier, and instead of leaving the plane like he should have, he’s decided to stay and rescue his family and staff. 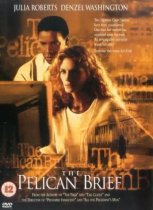 Based on the best-seller by John Grisham, The Pelican Brief follows law student Darby Shaw (Julia Roberts) as she accidentally uncovers who might be responsible for the recent murders of two Supreme Court Justices. As her brief starts stirring the top tiers of the FBI and the government, Shaw seeks help from investigative journalist Gray Grantham (Denzel Washington) as they try to solve the mystery and stay alive.

Sleeping With The Enemy

Laura Burney (Julia Roberts) is stuck in an abusive marriage to Martin Burney (Patrick Bergin). One night she decides to fake her own death in order to escape and start a new life. But when Martin finds out he as duped, he will stop at nothing to find her and deal with it the way he sees fit. 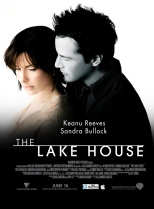 Apart from Keanu Reeves lack of emotion this movie is actually quite good. Dr. Kate Forster (Sandra Bullock) and architect Jake Wyler (Keanu straight-face) have lived in the same house. But when they start corresponding, it turns out that they live two years apart and can only communicate through a freak of time. Will they ever be able to meet, or will they always be kept apart? 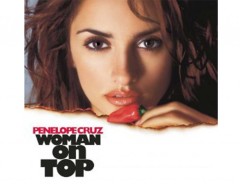 This hilarious comedy tells the story of Brazilian cook Isabella Oliveira (Penelope Cruz), a woman who needs to be in perfect control of her life lest she gets motion sickness. When she finds her husband Toninho (Murilo Benicio) cheating on her, she flees to San Francisco to live with childhood friend Monica (Harold Perrineau). Intent on making something of herself, she becomes a TV chef and cooks her way into every man’s heart. When Toninho comes to win her back, he finds he will have to fight twice as hard to prove himself.

Lanie Kerrigan (Angelina Jolie) is a successful local TV presenter who’s dying to make it on national TV. When a story about Prophet Jack (Tony Shalhoub) turns into a death sentence a week from then, Lanie realises that she needs to make some changes in her life. Along for the ride is cameraman Pete (Edward Burns)  who’s living life one day at a time and tries to loosen Lanie up.

This concludes part 2, part 3 will be on here as soon as I can be bothered to write for so long again! 😛